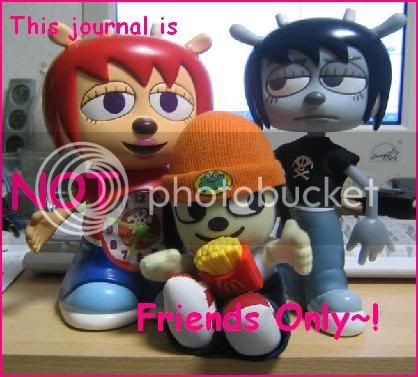 Comments aren't necessary to be added, but they're rather polite.

R.I.P
What do you want done with your body after you die?
Reply 774

Nothing. I just want to drop dead wherever I'm at and that to be the end of it.

lavenderfrost at GE, Y U NO PAY TAXES?!
OCCUPY WALL STREET
Why You Should Care
How You Can Help

The (supposedly liberal) mainstream media is barely doing jack squat to cover this, so it's up to us to spread the word.  BOOST THE SIGNAL, PEOPLE.

I've been writing again. And a lot of it. It feels so good. I've been so busy to write or do anything for so long that now, I feel like I can sit down and plot and write. It's frustrating, but at the end of the day, I can't imagine myself doing anything else.

Japan seems to be in sight. I need to fill out some papers and e-mail them sometime this week. The woman at PKC wants to write her recommendation of me and send it out to her bosses, then wants me to come up to Toronto for an interview. If they like me, I'll be in Japan by October or November. In the mean time, I'm going to try to get a second job in order to make extra cash.

It's been so long since I've felt this optimistic. It feels great. After my grandmother's death last month, I finally feel good again.

I talked with a woman from Peppy Kid Club on Monday for around half an hour. I need to send her a picture of myself and a cover letter. I'm going to also e-mail Shen and Metzler about references and message Paul.

I closed at work last night, so I wasn't able to check my e-mail until I got home. New Path Recruitment contacted me back, and wants to set up a skype interview on Thursday night. I'm going to talk about it tomorrow with my parents.

So, I'm started to feel really good about what's to come. I sort of have a whole game plan about what I want to do in the next few years. Steven (one of the wonderful friends I made at St. John's) suggested to me that we should look at grad school in Japan and everyday, that seems like a really good idea. But I want to work for awhile. I've spent so much time studying and cramming for tests and essays that I want to just wake up and go to work.

I want to also start writing again. It's been so long since I've written anything- both original and fan faction. I really miss it. But I've been brainstorming and playing with ideas and characters in my head and I just want to spend a lot of time just working on that.

The future is starting to look up, and this is the most positive I've been in a really long time.

Game of Thrones is flawless. And I can't wait to get done with all my stuff for school so I can start reading the books.

St. John's is seriously trying to kill me

lavenderfrost at ...WTF.
Well, there goes my good mood for the day.

NYTimes, the bastion of quality reporting, reported on the gang-rape of an 11 year-old girl in Texas  that's led to charges against 18 high-school boys so far - all well and good so far, right?  Shit like this NEEDS publicity to raise awareness.

Only problem is, they repeated - without refutation or critical commentary - the claims that the girl brought the rape on herself because of the way she was dressed.

Choice Quotes (No cut b/c everyone needs to see this - DEAL.):

“It’s just destroyed our community,” said Sheila Harrison, 48, a hospital worker who says she knows several of the defendants. “These boys have to live with this the rest of their lives.”  As opposed to the victim, who's gonna bounce back lickety-fucking-split, right?

Residents in the neighborhood where the abandoned trailer stands — known as the Quarters — said the victim had been visiting various friends there for months. They said she dressed older than her age, wearing makeup and fashions more appropriate to a woman in her 20s. She would hang out with teenage boys at a playground, some said.  TOTALLY BEGGING FOR IT.

THIS IS RAPE CULTURE, PEOPLE.

Now, what's being said and done in this community is bad enough, but the NY Times should be fucking ashamed of themselves right now.

It's not happening. They listed the application numbers last Wednesday. Mine wasn't listed. Of course it wasn't. The past year has been nothing but a string of job applications that never came through.

Nevertheless, I'm actually relieved that I didn't make it. I didn't like the fact that you have so little say in where you're placed. South Korea is always an option. However, I would prefer Japan, since I've studied Japanese and I could make it around by myself.

The semester isn't moving along as quickly as I would like it to. Usually, I don't mind school, but I'm so broke and I have so much that needs to be done before May, that it's overwhelming me at a time where I shouldn't be overwhelmed.

That's really it for now. I need to get to class and then cry to my mom that I can't afford one textbook that I need for a class assignment by this Friday.

So I've begun my final semester at St. John's University! I'm both excited and anxious. Excited, since this will be the final semester I have to make that grueling commute from New Jersey to Queens three days a week. I can finally start working and paying off all my bills. My parents don't have to use my credit card anymore to pay bills because my mom's paychecks are paying for my tuition. After May, no more cramming for tests or staying up all night working on projects.

But I'm also anxious. Despite what the government tries to convince us, we're still in a solid recession. The job market is bad, and I'm not quite sure what I want to do with the rest of my life. I have my pipe dreams; I want to write. I've always been writing. But I need something solid to make a living off of. It's why I applied to JET. I just need something to help me along until I get the wheels moving, so to speak. May really is the beginning of the rest of my life.

As for JET itself, the interview list should be going up either later today or Monday. We'll see what happens with that.
Collapse